A Monad is a God in Gnosticism,
An Ineffable Parent, primal Father.
Whereas there is not really such a thing
As a Mod in monasticism,
Though perhaps there used to be,
In Ireland, in the ‘60’s.
Most people’s ineffable father is their dad,
And these days he’s not so ineffable as he used to be,
Which is rather sad.
Gonads a plenty must occur
In monasticism, but not necessarily in Gnosticism.
And Monads, as far as we know,
Don’t have Gonads.
Neither do Monads arise from gonads
There is no Monadatropin,
No hormone involved in the whole process,
For a Monad, more is definitely less.
According to Leibniz though,
Thinking as a philosopher, not a mathematician,
A monad was an indivisible unit
But not really like a man,
Though of course he couldn’t prove it,
And nobody really can,
He developed his theory and did his best to fine tune it.

Thinking as a mathematician
A monad is a three term complex,
Which sounds like God, in the Christian tradition.
Whereas, at the risk of repetition,
In Gnosticism,
A monad is literally ‘the many in the one’,
Which sounds fun.
Whereas a gonad is not usually singular
It does contains gametes,
Whose whole raison d’etre is socialisation,
So that they multiply,
Becoming out of the one, many
A Monad does not contain mametes,
No, not any,
And for that reason tolerates eternal isolation.

(P.S. The Demiurge, is not related to Fanny Burney,
Author of Evelina)

Posted by Alison Houston at 12:47 No comments:

The Best Article I Read During Lockdown.

By far the best article I read,
Over the last few months, was the one
Which confirmed all that I already thought.
It neatly put to bed
All counter arguments, so when it had done
Explaining all these things with which I agreed,
I felt it had taught
Me really how to appreciate myself and value
My own ability to think things through,
And come to the same conclusion many others had come to.
This is the great thing about being on one’s own,
One is alone sufficiently
To stew in one’s point of view
And to seek out, only those who think like you.
One can look through the Hubble,
To another bubble
But the people there may as well be in a different universe
From the one I’m in.
In some ways it makes things worse,
Knowing there’s nothing to be done
To make such people conform
To my ideas about the way the world is and should be,
But such people will be dead soon,
You see,
And my ideas will be the norm;
Won’t it be lovely!
Posted by Alison Houston at 11:09 No comments:

The Eucharist from Ripon, at ten thirty,
Set out to make those watching it, feel shirty,
The ‘right on’ bloke giving the sermon was a Scribe
Or Pharisee, who felt we were not all one tribe,
And wished he lived where he felt more at home
Amongst a group of people who weren’t white.
He blethered on and talked a deal of sh*te,
Until I muted him,
He’d spoilt the service and the day and made it dirty,
Preaching the antithesis of Christ’s ideas,
Signalling his fashionable virtue,
Wishing he’d not spent the last few years,
Living peacefully among a hardy, northern flock,
Instead of dwelling with such victims he could teach
To loathe their fellow men, and ne’er forgive,
For he knew preaching was a poor, dull way to live,
Compared to stoking violence and fanning flames,
And causing tension as a way to draw attention
To himself, because he loved atonement and abasement,
And taking on the sin
That is original, to being born with pale pink skin.

Posted by Alison Houston at 06:14 No comments:

People used to say,
That just because there is no equivalent word in English for Schadenfreude,
It didn’t mean that nobody in England understood
The concept of laughing at the misfortune of another,
So of course, the same must be true of sophrosyne.
The word is not in common parlance,
But that does not mean we have no modern desire, for prudence,
Self-control, decorum, purity, moderation.
Or at least that was what I thought, until I got really annoyed
And started swearing at people on the internet, venting my frustration,
And downed three vodka tonics in quick succession,
Because the rule of three, always helps with oratory,
And I wanted to get my point across.
Tweeting profundity
Sometimes has to be combined with tweeting profanity,
If one wishes to be clear,
When confronted by others’ inanity.
Posted by Alison Houston at 13:59 No comments:

On The Nature Of Our Flesh

I love the notion of our fleshly resurrection,
And do not wish to hurt it, by rejection,
And yet, my soul has left my body, on occasion,
And so I am quite open to persuasion,
As to the need to pay too much attention,
To the nature of my flesh, or that of others.
The nature of my flesh or of my brother's,
Is weak and paltry, limited and frail,
And this is true of all men living in this nation,
Or in this world, all men, both dark and pale.
I see that I am like my near relation
And different in specific ways, so am unique,
And yet as part of God's creation
An individual and member of some clique.
And yet such membership does not denote acceptance
Of specific acts that others might describe
As being ones committed by my fellows,
As members, now long dead, but of my tribe.
Because my soul has left my body on occasion,
I know my soul is free to some extent,
I do not seek to find excuse in this evasion,
But try to look instead to what Christ taught, and meant,
And as far as I'm aware he did not mention,
An extra, deep original sin,
Pertaining to the circumstance I'm in
Of being born of earthly parents,
Who happened to have pale pink skin.

Posted by Alison Houston at 07:11 No comments:

Mummy, Can You Give Me A Lift?


"Mummy, can you give me a lift to London, I’m going to riot?
I’m sick of all this lockdown peace and quiet.
I’ll be ready to go in an hour,
I’m just going to shower
Then straighten my hair,
I simply have to be there
With my friends from Uni and the Ladies College,
Well, Tabitha, Constance and Eleanor are going, to my knowledge.
We’ll probably pretend we don’t know each other,
Since we’re going to support our black American brother,
George Floyd, that innocent, gentle giant with his heart of gold,
Who will not grow old, as we grow old,
Will never see his investments push him in to the top one percent,
Financially, as we will.
Still, I have to go and say I dissent,
I am not part of this privileged group of people with white skin,
I’m one of the good guys, always in
On the in thing, the latest fashionable craze or idea,
I’m going to have bare legs to show my tattoos,
Though they’re a bit last year.
I’ll go without knickers as there won’t be any loos,
I don’t know what I’ll do, I haven’t planned,
But I may well just have to pee where I stand.
I can be there to support other courageous men,
As they throw bricks and bikes at the police, it said on News at Ten
The riots were largely peaceful, so I won’t be in danger,
And I’m actually no stranger
To some of the guys from Antifa, there’s this one guy,
Guy, I met him in his gap year, he’s an old Wykehamist
Now he’s reading Economics at Peterhouse,
But he’s no mouse,
He likes to get out there, beat the shit out of some fascist,
With white privilege, he’s taking a baseball bat
In case he sees this girl from Scunthorpe, defending the cenotaph,
Who started to laugh,
When she heard his accent and called him a posh twat."


Posted by Alison Houston at 09:02 No comments:

All abstinence is low risk for infection
From nasty bugs like this Covid 19,
But Nanny knows it’s hard with an erection

And abstinence therefore gives great protection
And Nanny wants her children to keep clean,
But Nanny knows it’s hard with an erection.

So Nanny says be wise, avoid detection
Just do your shagging where you can’t be seen.
All abstinence is low risk for infection

But Nanny’s really gagging, and rejection
Would be really rather hurtful and mean
But Nanny knows it’s hard with an erection

And Nanny knows you love her and affection
Is prerequisite to sex in quarantine.
All abstinence is low risk for infection
But Nanny knows it’s hard with an erection. 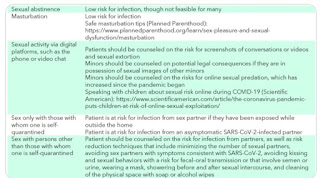 Posted by Alison Houston at 07:05 No comments:

I walked upon the river bank at nine,
And stood beneath your branches spreading low,
Where beside a gravel path you grow,
The last of many in a wavy line.
And I picked and ate and spat and ate and picked,
And didn’t care how greedy I appeared,
And I ate and picked and picked and ate and flicked
And gorged and stuffed you in, because I feared
Others seeing how I stopped to scoff you
Might follow suit and being just as keen
To sample bliss, might strip you, then I’d miss you
So I kept devouring just because I’m mean
And wouldn’t pay the price in any shop,
And anyway I really couldn’t stop.
Posted by Alison Houston at 20:25 No comments:

There are vaster fields, in Fenland spaces,
In cabbagey and cauliflowery places,
Where, as the drying August days unfold
Appear cylinders of hay in pale gold,
Seeming low against the broad, flat ground,
With nothing but azure blue all around.
But in the vale of York, the fields are less wide,
And thus the hay bales seem packed in more densley,
Each like the other resting at his side,
Pi r squared h created more intensely,
Which makes a rather pleasing summer scene.
As the evening shadows start to creep,
It lends something to the landscape more serene,
Presaging autumn and long winter’s sleep.
Posted by Alison Houston at 20:04 No comments: