“Dignity Lost Half Its Value Yesterday,“ 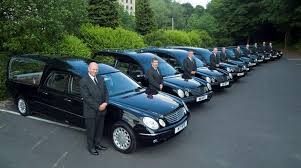 Dignity lost half its value yesterday,

While self pity made exponential gains.
Wearing ones heart on ones sleeve remains
At its highest level ever recorded, fuelled
By the row about differences in pay
Between men and women at the BBC,
When the Twitterati ruled
That one must be
Vocal in one’s sympathy
Towards women who earn as little as £300 K.
It was also buoyed by the new army recruitment ads,
Advocating crying as a way of male bonding.
Some commentators are saying
That offence may be over valued,
And are hedging,
While those who make their living cashing it in
Are praying that it keeps on paying,
And if nothing new turns up they can keep dredging
The past.  Others fear that intersectionality
Is such a tangled web it is bound to trip
Up one of the big players pretty soon,
As they can’t all keep up with the latest fads
So the whole edifice will come crashing down,
Which would destabilise modern morality.
The stiff upper lip is at record lows, too,
But of course its advocates are not responding,
Except by drinking a stiff one
While hoping for Divine intervention.
Being ‘over the moon’
Has held its level against ‘checking one’s privileges’.
Strangely, tolerance has taken a tumble,
But needless to mention
it’s not yet quite as low as
Loving one’s neighbour as oneself,
Or being humble.

(Also based on a snippet from Charles Moore’s Spectator Notes, in which he tells us the title and first line were a headline in last Saturday’s Telegraph. Dignity is a funeral directors I think he said, presumably one big enough to make the financial pages.)